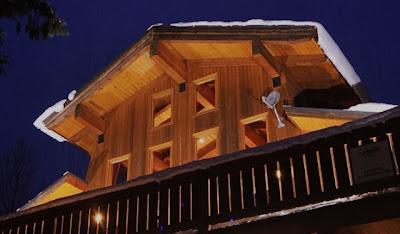 Finished this game earlier this week. This was a game I bought day one mainly because it was a Chunsoft/Aksys joint. I'm a huge fan of the Zero Escape series so why not? I don't usually play interactive novels (especially horror ones) but like I said, this collab was too good to pass up.

This game is basically a murder mystery in an inn. You play a guy who gets caught up in the mystery. The story has branching paths so you can alter how the story is played out and/or ends. Some paths and endings are jokes while others end in pretty horrific ways. It depends on what you choose.

The story is really well localized and immersed me into its story and characters. I was quite engaged with it. The writing is excellent and very detailed. I don't think I found any typos either. I don't remember the original version too much but I can tell they had to alter some aspects of the story for the West. This isn't just a straight translation which impressed me. There were some cute moments with your companion but also plenty of really creepy or scary moments with other characters and situations. If you like horror stories, this is definitely a good one.

I need to point out that I actually read about this story years ago. I didn't remember until I started playing and it started feeling familiar. So while I sorta knew what the mystery behind it was, the way the story unfolded was still unpredictable and had plenty of twists.

My only pet peeve with the game is from the very first page. They mentioned what color my companions's hair was which irritated me since I had an idea of what she looked like to me. Apparently, the Japanese original did the same thing but I wish they allowed me to change that aspect. Oh well.

The gameplay is very simple. You go through the story like a book and choose an option when they pop up. There is very little in consequence since you can go back whenever you want and choose a different path. But like any choose-your-own-adventure book, you decide how much you want to see in one path or backtrack and try to figure it out as you go.

I also really liked the ability to rename the main character and your companion when you start the game. You could potentially have a bit of fun with the combinations if you wanted. It also made the game a bit more personal if you named the guy after yourself although his personality is pretty well defined.

I do need to point out that once you complete the game and solve the mystery, the game unlocks some really great additional branching paths that alter or expand the game's story immensely. I wish it was unlocked from the start so you could enjoy it fully but it does add some replay to it. You might even see new endings which is cool.

The visuals for the game are pretty well done. You basically have photographs and other CG graphics to show the locations and setting. They're all very crisp and clear images. They do a good job of indicating where you are in the story. No characters are shown in these shots so how they look is up to your imagination. The only time you see NPCs is when they die. There are some up close-up shots of hands accompanied by blood. It's not too gruesome and if you're the squeamish type, you could change the gore level which can make the those images blurry or black and white. There is one room that actually had animation which was a nice touch. The game has a good look although I do wish there were more subtle bits of animation to make the backgrounds more lively. They're pretty static.

The audio is pretty good. There isn't much sound effects but they're effective when they pop up. The real winner is the music. There's a lot of creepy sinister tracks that will gave me goosebumps. Well done.

This was a really great murder mystery. The branching paths added a lot of tension and replayability. It's really well localized and full of personality. If you like interactive horror novels, definitely check this out.