Adventure Game Binging and I Want To Talk About It!

I've been playing a lot of adventure games this year. Certain things that has been happening in my life has made me much more attracted to playing more story-driven experiences. I decided to tell you guys what I think of some of them here.

There will be NO spoilers for any of them here. I want people to experience them firsthand so I will be vague as possible when describing the story and characters. You won't see me revealing any major plot points or anything. Just my overall thoughts.

Life is Strange really impressed me with its story and dialogue. The writing is super solid. Not only was the mystery in the plot engaging, but  all the dialogue comes off super natural with that awkwardness that is so familiar. They also sprinkle the game with lots of pop culture references which really amused me. Kudos to the writer for that. The voice actors were also great. Most of the teens sound like teens and they don't have that super slick professional sounding voice-work which made them feel more real. The voice director(s) did a really good job with them.

The time travel story is really well done and personal. I really like seeing how the main character, Max, has to deal with crazy shit with her friends, families and jerks. The ability to rewind time was not only well done in its story but also as a gameplay element. The puzzles to proceed use the rewind mechanic in a very smart way and is super intuitive.

The story was really engaging. I was so absorbed by it that I actually forgot to eat dinner in one particularly long session. Some of the plot twists and revelations really shocked and moved me. The ending was satisfying and I'm really curious what the devs come up with for Season 2. 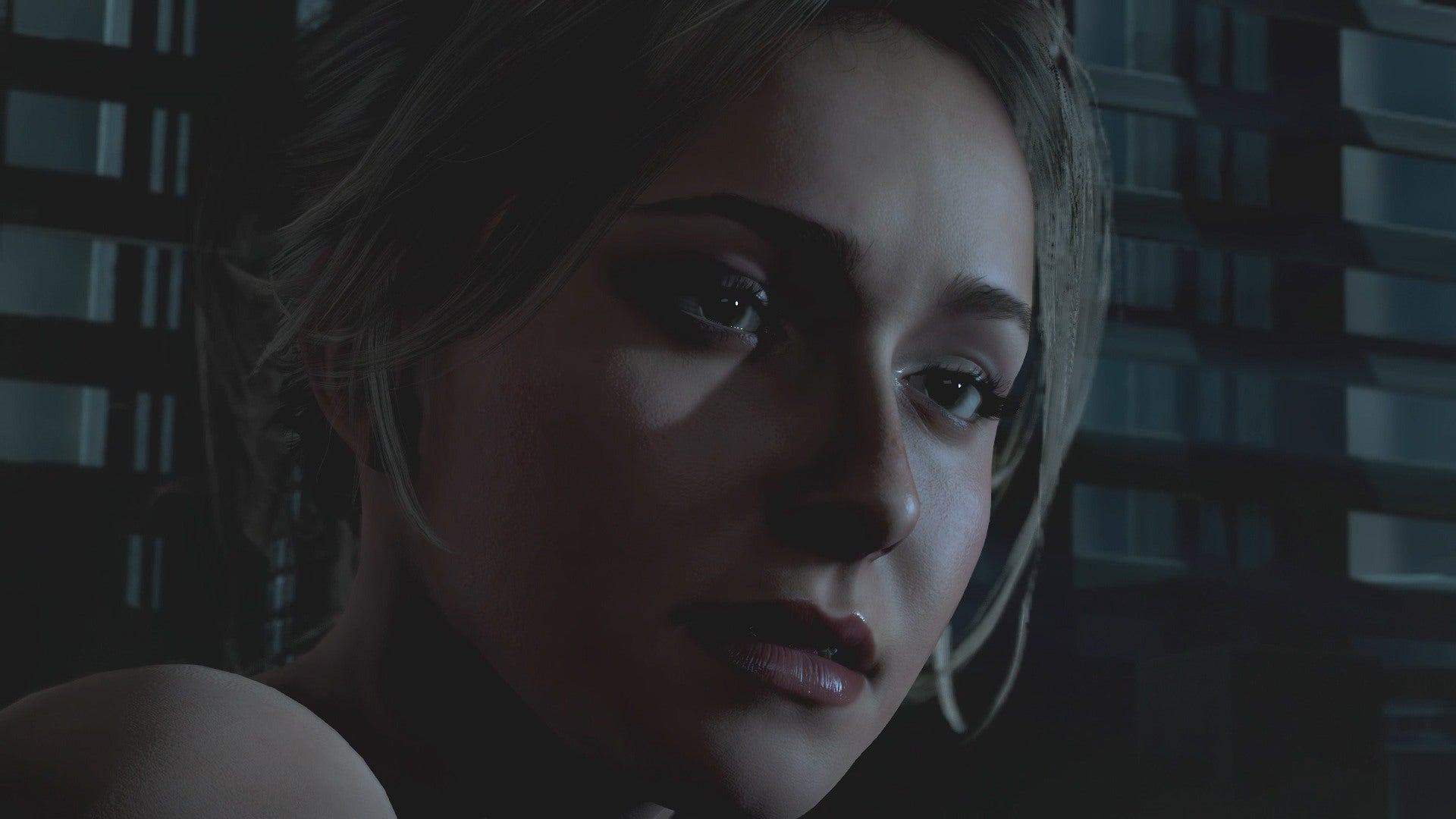 I was actually surprised how much I enjoyed this game. I wasn't expecting much from the original trailers and teasers. It wasn't until reviews and word of mouth got me interested in picking it up. I enjoyed David Cage's games and just hearing that this is a much better made version of his games got me interested.

The characters and situations were well directed and the jump scares were well done. Most were cheap but they were fun and the reactions from the characters were great. The branching paths and various reactions that can happen depending on what you do makes the game quite replayable. There were also some awesome deaths that will make you cringe. Fun stuff.

I liked the look of the game a lot. The uncanny valley might be a bit much for some but I liked how detailed and well rendered the faces were. The facial mocap is pretty awesome and helped sell some scenes. Sometimes it looks so real that it felt like I was watching a movie or TV show. But overall it is one amazing looking game on both a technical and artistic level. The performances were also excellent across the board. They really hammed it up when they can and when they're terrified it felt like they were. Having real actors can make a difference in a game like this and they did a fine job with what they had to work with.

I enjoyed the story and the atmosphere. I also ended up liking a bunch of characters I hated in the beginning. They did a good job developing some of them. I think if you like adventure games with horror and some humor then you should totally give it a shot. It's a fun experience with plenty of surprises.

Since I was a huge fan of Deadly Premonition, I was pretty excited when D4 was announced. I was really interested in checking out SWERY's next game and boy was it worth it. I bought the game day one but didn't really play it until this year.

This might be one of the weirdest games I played this year. It's so off the wall and the story is so crazy that I couldn't help but laugh at the situations and dialogue. I was pretty happy that this takes place in Boston cuz the direction for the references and locations were bizarre for a native Bostonian like me.  I just can't really explain to you how insane this game is nor can I explain just how endearing it is as well. It's like Deadly Premonition except x100 with a mystery that is just as intriguing. SWERY has a knack for coming up with some truly odd scenarios that will constantly make you say "WTF".

This is definitely a must play for SWERY fans and if you like weird adventure games, this comes in spades. I'm really hoping we get the next season soon so I can see where the story goes next. This was truly a unique experience.

I loved Act 1 a lot and gave it a pretty glowing review a while back. But I have to admit that Act 2 was disappointing. The simplicity of the puzzles in Act 1 were replaced with overly complicated convoluted ones that were incredibly frustrating to solve. I HATED them. I'm not sure what feedback the devs got from backers and fans but it was a mistake. There was no need to make it this hard and annoying to solve. Even with a guide, one particularly infamous puzzle was a pain to solve. A PAIN.

And the puzzles weren't the only issues. Having to backtrack through the exact same areas was also repetitive and worn out. There were barely any new areas to explore and none of the changes were drastic enough to even make the old areas interesting. Was it so hard to create more areas and screens to explore? It made the game feel small because of this.

The story also ended with a whimper. I didn't enjoy some of the revelations and what happens to some characters felt kinda rushed. It just didn't work for me and I think a lot of potential was wasted with such a cool set up in Act 1. Doublefine just didn't go far enough with it at all. The music and performances were still top notch but the quality of the puzzles dropped like a rock.

Anyway, I was super disappointed with this follow-up and will only advise you to play through it if you enjoyed Act 1 and want to see how it ends. I hope they expand on this universe in the future because I really liked this world and characters. But please don't try to suck up to -hardcore- adventure players and make OG-WTF-do-I-do puzzles. They don't make the game better. 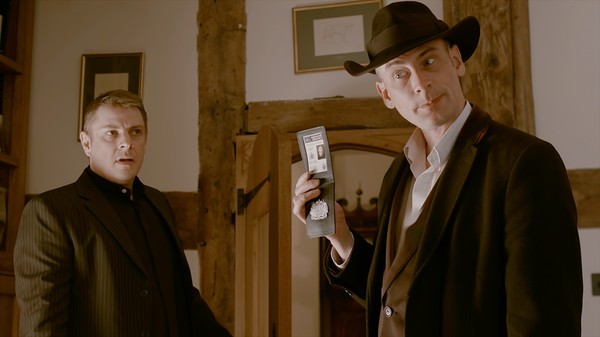 I discovered this awesome FMV adventure game thanks to Giant Bomb's Quick Look and Playdate videos. I was pretty impressed with the quality of the FMVs but the actors in the game were incredibly hilarious. Their performances really made the game for me. The actor who played Inspector Jenkins in particular was super great. Some actors chewed up their scenes so well...lol

The gameplay was no slouch either. The puzzles to progress the story were actually pretty well done and really require you to remember what people said in order to contradict their statements during questioning.  I think it worked out really well and I didn't find them frustrating at all. The hint system was well implemented if you get stuck.

I'm really hoping we see a follow-up because of the way it ended. I want to see more Inspector Jenks action and more strange characters. It was a joy to play and the campy humor kept me coming back for more.

So people were recommending this game on Twitter so I was curious to check it out. After finishing Contradiction, I was hungry for more FMV adventure games. This game wasn't what I expected at all.

You're basically just watching a series of police interview clips with one woman in a database. From choosing specific keywords in the search engine, you get more clips to watch and try to piece together an entire interview and come to your own conclusion of what happened.

The actress in the videos should be commended for her performance. She was excellent and did a fantastic job. The writing was also very good and came off pretty natural. If both of these things didn't work, this would've been a disaster.

It's really well done and for anyone with a lot of curiosity, you'll find yourself piecing together a pretty interesting story and form some theories about what's going on. It goes into some pretty unexpected directions. I won't say anymore because if you're interested, you should check it out.

Everyone's Gone to the Rapture (PS4) 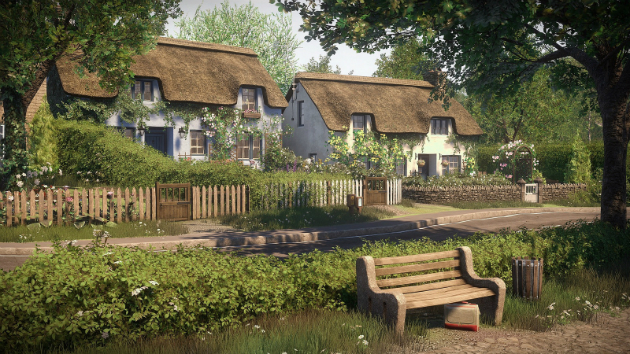 I didn't expect much from this since I wasn't a fan of the dev's previous game, Dear Esther. I thought Esther was pretentious and boring and I was expecting the same here. But after some good word of mouth and a sale, I decided to pick it up to check it out myself.

Well, it's also a walking sim but the story is a whole lot easier to follow than Esther and characters were much more relatable from the clues you find. I also found the village to be pretty interesting to explore. You learn quite a great deal from the different dialogue and scenes you come across. I was pretty intrigued until the end. The performances were outstanding. The VO was just terrific from top to bottom. Everyone was awesome and made the scenes fill with a lot of emotion and gravitas. The music is also incredible and a real highlight to the whole experience. The visuals and art direction were also beautiful and helped sell the scenes and events. Really well done. Definitely a very pretty game to show off.

One gripe I had was the inability to run or sprint. Dear developers, f you do walking simulators with a lot of exploration, don't force your players to walk at a snail's pace. It's not enjoyable AT ALL. Please stop doing this, Chinese Room. This was definitely more accessible than Esther and I cared about the characters which I didn't expect. Definitely worth checking out if you're curious.

The Vanishing of Ethan Carter (PS4) 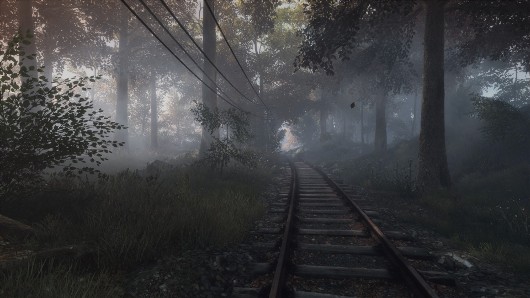 I blind bought this cuz the trailers looked intriguing. Well, that was a mistake because I didn't enjoy the game at all. The puzzles were not fun or interesting to solve and the story was crap. Really, the reveal and "twist" was bad. I couldn't believe this was the story they came up with.

I enjoyed the atmosphere to come extent but the VO was so awful that it was a distraction. Everyone sounded so bland and flat. I'm not even sure they knew what they were reading.  It was one of the worst parts of the game. The human models also looked pretty bad compared to the environments which I found jarring as well. It's quite a shame because the environments definitely rival Rapture in quality and realism. It's a good looking game if no humans were involved.

Anyway, I don't really have much else to say about it. It's a mess and a waste of time. One of the most disappointing games I played this year. 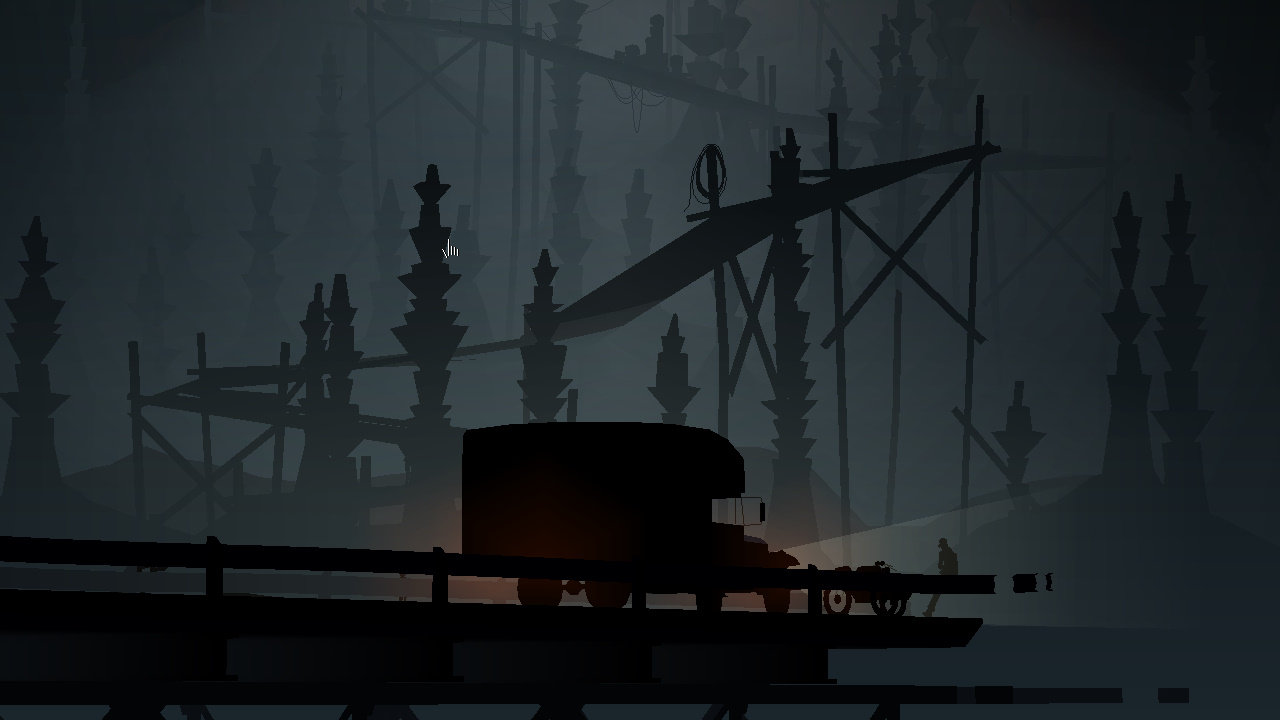 I enjoyed the previous Acts and Act III is no exception. The journey continues to be a surreal and dream-like experience. Beautiful visuals and music with a lot of atmosphere. I'm still not sure where the story is going but it continues to pull me into its bizarre world. I can't wait until the next Act and I recommend you guys to check it out. If you're interested, make sure to look up the trailers. It's really good.

These are just some of the many adventure games I played this year. I'm planning to play more and will do another round up soon. Hope you guys enjoyed my impressions. Thanks for reading.