So now that NeoGAF is a dumpster fire, I think I'm going to post my memories and general thoughts about my time with one of my fave gaming communities. 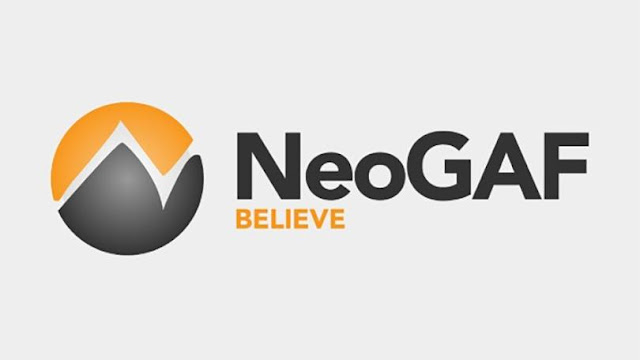 Oddly enough, I do not remember when I actually registered for the site because it has been so long. I remember my friend telling me about it but I didn't have any interest in another gaming forum at the time. I was much more active in places such as Gamespot, GameFAQs, 1UP, CAG etc. As you could tell, I was stretched pretty thin trying to participate in multiple communities. I was fairly active in every gaming community because I was super passionate about games in general. It was fun to discuss games with people with similar interests and keep up with the news. I think I became more active on GAF after the demise of certain sites as well as after major changes that were made to other sites which I didn't like.

GAF was a super fun place to chat games and other news on a daily basis. I got to know so many people through it including some developers and other people in the gaming industry. I was able to mix it up with other fellow Gaffers and had fun debates. Of course, you had your fair share of trolls and morons popping up but GAF had been pretty good with its moderation overall to keep the site from being a cesspool like in other similar forums. While I had my own beefs with how certain threads and topics were moderated at times, it wasn't a dealbreaker. I was only banned twice in my 10 year history and both were from silly jokes directed at no one. Whoever banned me was a douche. But as a result of those incursions, I became quite friendly with a couple of mods and admins who supported me through the years.

I was also heavily involved with several Community threads and I also enjoyed Off-Topic and had a lot of fun debating politics and movies/TV/randomness with people there. Some topics were so bizarre and weird that it became hilarious places to drop in for the insanity. Some people's names and avatars became instantly recognizable and I felt like I was talking to friends at times. I also loved the hilarious gifs and memes that would pop up in the various threads especially when major events like E3 rolled around. Some of the gifs became so legendary that they would spinoff into other gifs. It was nuts (all hail SunhiLegend and ElTorro). GAF had been so popular with devs that you can even find easter eggs or direct references to the forum and memes it created if you look for them in certain video games. It was quite influential.

GAF was also a place where I learned to be more careful with my words and opinions. People can be real picky about what you say so you had to clarify what you meant or risk people asking the same damn questions or accuse you of something really dumb. I guess it inadvertedly made me better at communicating online and made me a better writer overall. I quit using shitty shorthand slang words and used correct punctuation and grammar instead. It might sound strange but when you have literally hundreds or maybe even thousands of lurkers and fellow posters reading your words and judging them, you don't want to look like an idiot by writing like one. People also took you more seriously if you didn't write like you're in first grade.

People always liked using the term "hivemind" to refer to GAF as whole and they couldn't be more wrong. There were so many different types of people with various beliefs and opinions that you couldn't have one thread made without a dissenting opinion in it. Debates raged over every little thing and even when people agreed about something, they would disagree about something else in the same topic. You couldn't have multiple pages in a thread without a disagreement of some kind. It always amused me whenever a handful of individuals would say something in agreement and people automatically thought the entire community believed the same thing. That's not how forums work.

I was pretty active and posted quite a lot. I considered myself one of the most prolific posters in the forum with a few other Gaffers beating me in post count (yes, I had a problem). I would usually be bored at work and had to get my fix everyday. I also created threads and even game specific official threads for the community. It was fun sharing breaking news which got sourced in gaming sites from time to time. It was also nice to see devs and pubs post in threads and connect with the community directly. It was great to give feedback as well. 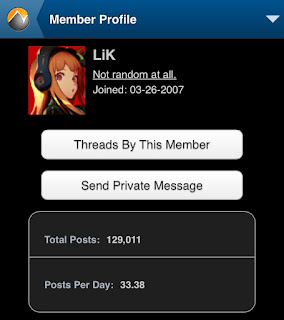 But in the end, I guess it couldn't last. I've stayed in touch with many Gaffers through Twitter, Discord and other avenues. GAF is no longer a part of my daily entertainment but I will always remember the fun I had with the community. It was a good time.
Posted by LiK at 11:00:00 AM No comments: