Alphas and Betas and Fan Translations, OH MY!

Been playing some games but they're not the usual titles you will find in stores right now. 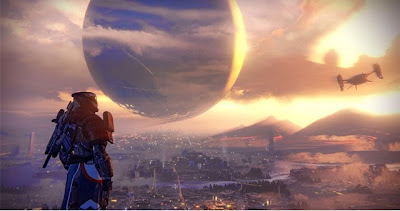 Played a good chunk of the Destiny Alpha with some bros online over the weekend. It definitely played and felt like Halo but the mission/level designs were very similar to Borderlands. It was fun but the Alpha couldn't provide a lot of content so missions and enemies/areas got a bit repetitive after a few hours. The Tower (basically the hub/home base) was interesting. It became third person and the sci-fi-ness of the look made roaming around the area felt like Mass Effect.

The graphics were pretty but not overly impressive. I have to admit that the characters' faces in the character creation screen looked gorgeous and detailed. I hope the final game retains all that detail because it looked less impressive when I was checking out the Tower. Audio was fine and there were some good music. The online was pretty great. No lag or any weird issues like that so that was pretty solid. There was a strange bug where one of my friends didn't show up in my list and I couldn't hear him talk at all. But it's an alpha so not a big deal.

Overall, I'm interested in checking out the final game. I wouldn't mind jumping into the beta when that starts but I'm not too hard up on that if I don't get it. I'm really hoping the final game has a lot more variety with its missions and I hope the story is interesting enough that lone wolves can enjoy it too. 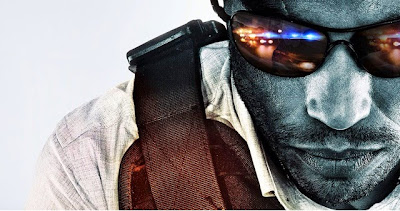 Um, I totally forgot to check it out after I got a key from a buddy. It ended yesterday. Oh wells...

I own the Japanese copy of this game but haven't played it because I suck at Japanese. So after years of waiting, the fan translation for this game is finally done (sorta, technically still beta)! All five episodes have been finally translated for us. Capcom has been incredibly reluctant at localizing this game for some pretty stupid reasons and their community managers made a lot of empty promises about it too. They won't even offer us a digital version like with AA5 and that sucks. The reason why fans have been so crazy over this is because AAI2 is a direct sequel to AAI. AAI had already set up a sequel in its ending so not being able to finish Miles Edgeworth's story was incredibly frustrating. But thanks to dedicated fans online, we can finally enjoy the game without resorting to some shoddy guide or half-baked Wiki articles. We can finally enjoy the story as it was meant to be enjoyed. We can play through the story!

I'm only in case 3 currently but I'm already impressed with the story so far. The first episode started off with a bang and hasn't let up. The pacing seems to be better than the first game and I'm really liking the situations way more. I was really surprised when characters from the Phoenix Wright trilogy appeared. Some of them were just cameos but others were a major part of the story. It was really cool seeing what happened to them after the PW trilogy ended. Long time fans are gonna love it.

The fan translation has been stellar as well. They've managed to convey the same feel and speak that the Capcom localizers did. What's really impressive is that I haven't encountered a single typo so far. Even Capcom's more recent efforts with AA5 were plagued with really stupid typos. But AAI2 has been clean so far. I'm also super impressed with all the localized graphics and English dubs they did. They did a fantastic job redoing the graphics that had Japanese text and altering them into English. The fans also did all the voices for the new characters which blew mymind. It totally worked and felt professional. I'm really enjoying it and will probably do a separate impressions post or review when I finish it.

If you want to get your hands on the fan translation, just go HERE and follow their instructions. I will not provide any details beyond that. Once again, thank you fan translators SO much for doing what Capcom won't do for us!