So it's here but before I begin, I want to talk about my experience with the original Destiny. I played the Alpha, Beta and finished the entire "story" campaign. I played all the expansions and completed all the raids. I was one of the few who Platinumed the game pretty early on and I played a ton of PVP. I played through most of the changes and also participated in some of their holiday events. I was a big fan of the lore and world. I loved Destiny even with all the flaws and frustrations I had. I burned out on the game after a while and once I finished the Rise of Iron DLC along with the final raid, I was done. I don't know if I'll ever return to Destiny 1 to get that one last trophy but probably not. It was a fun time even with the annoyances I had with the game. I got into the Destiny 2 Beta and the first mission was impressive enough that I wanted more. Now that I've done pretty much everything, I'm ready to share my thoughts about it. 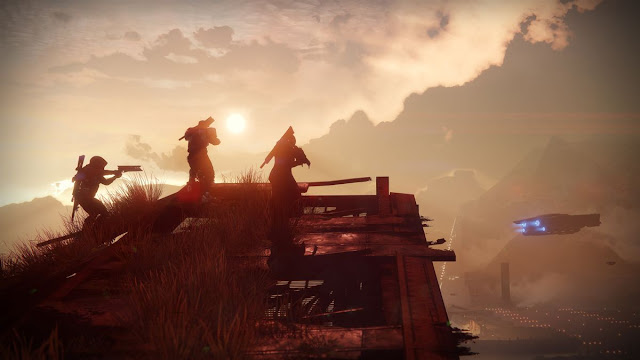 Destiny 2 is an improvement over the original in every way. It features a cohesive coherent campaign with a story and an actual villain. The campaign itself was fun and featured plenty of funny banter between characters both new and old. I loved Failsafe in particular. I also enjoyed a lot of the later missions and boss fights. Some were pretty dramatic and exciting. There were some good lore about some of the subclasses to be had but it's not the real focus of the story. The story itself was pretty straightfoward. They do mix in most of the activities you would be doing post-story within the campaign itself which was a nice introduction to them. I also enjoyed the optional Adventures that are littered all over the place. They provide some much welcomed character development with the NPCs and also give more context to the world as well as hints to future content. They are def worth playing through. The new zones are much larger than the previous game and a bit more fun to explore. My only gripe with the campaign was how they held back the Sparrow until the end (unless you happened to get one from a Bright Engram earlier). It made running through some areas of the map quite a slog.

The shooting is still fun. There are quite a nice variety of weapons but I found myself using only some favorites for SP and PVP. I usually switched them up depending on my mood or activity. Most weapons felt good and looked good. Altho I feel Handcannons need to be buffed for PVP on consoles at least. But overall, controls are tight so killing things is still a joy no matter what mode you're in. 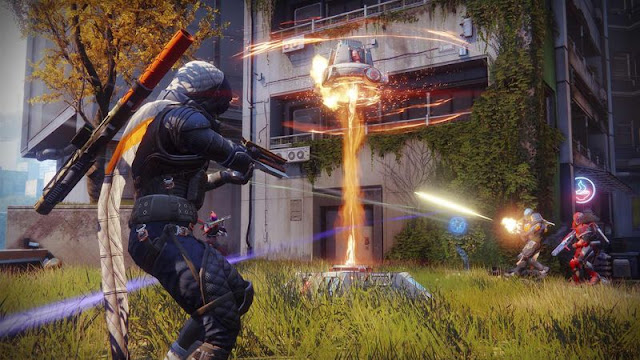 Speaking of PVP, I'm disappointed with the change to 4v4 from 6v6. 4v4 is way more sweaty and doesn't allow the more relaxed casual chaotic fun that I enjoyed in D1. If you slack off for just a bit, it's a stomp. Not a fan of it especially for modes like Control. I'm also disappointed that there's no way to only play modes you like because new modes like Countdown and Survival are not that fun. Bungie, please offer 6v6 as an option and please give us the ability to play modes we like. I am also not a fan of a lot of the new PVP maps. I just don't find them to flow too well. Trials was fun for a bit but after reaching Flawless, I had no motivation to keep playing it. Iron Banner was alright but the RNG for the armor drops were ridiculously bad so it soured me on it. I stopped playing after I reached the Season 1 Milestone requirements and got the emblem. I think PVP feels like it's unfinished right now and that's a shame. 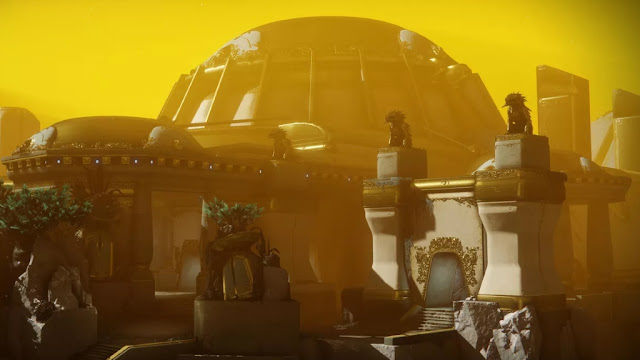 The Leviathan raid itself was okay. While I did enjoy moments of it, it's much more heavy on mechanics with only one true boss fight. They still reuse the ol' stand on plate while defending mechanics in one encounter while another encounter brought back stealth. The platforming encounter was a bit more refreshing but it was still pretty ho-hum overall until the last boss. Even then, the final encounter was a bit messy with the bugs and glitches in the dimensional rift. Overall, it was entertaining with a good experienced team but it's not a raid I will enjoy replaying that often especially with how raid drops are rewarded. Token king indeed. 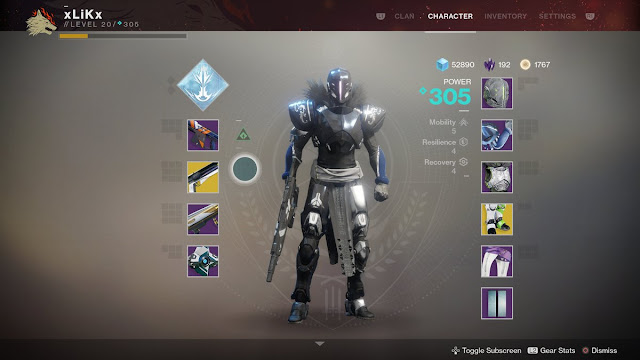 I have pretty mixed feelings about the end game content (especially now that I Platinumed it and reached the current max Power Level). I only enjoyed maybe one or two of the Vanguard Strike missions. The rest feel like a chore especially with replays for any Vanguard gear I wanted. The weekly Milestones are a great way to level up easily and does provide an incentive to log back in every week for that. It's probably the most chill way to max out your Power Level without any pressure with a fireteam like in the original. My favorite activities are the Public Events. They're always fun as long as you're playing with a bunch of people and they go by quick. I also really love the addition of Clan Engrams. I like how you get a random reward from some of the tougher activities in the game from other clan members every week. It's a nice bonus for just being in a clan. But there's really nothing else I feel like grinding for.

Destiny 2 is a lot better than the original game but there's way more improvements that need to be made. The Vault is still a mess, the end game is not satisfying enough and PVP is not up to snuff. I'm hoping they improve a lot more before we need to wait for the expansions to drop. I still recommend Destiny 2 if you have people to play with. It's still fun but it def feels watered down in terms of offering challenges and unique rewards for a Destiny 1 veteran like me. This game feels like it was catered more to casuals and people without a lot of time to invest in compared to the original. If you check the original game's achievements/trophies, they were 100x harder than anything in the sequel. I'm hoping the expansions offer much more substantial new content and I'm hoping the next raid will be better with more satisfying loot. 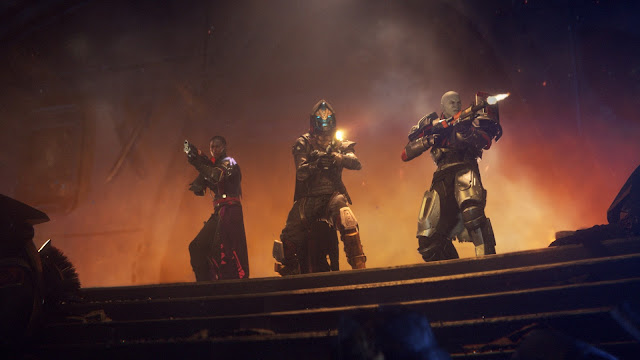