So I managed to squeeze in Hitman for the last week in December but it missed being in my Favorite 20 Games list because of that. So I'm going to give it its own review because it deserves it. 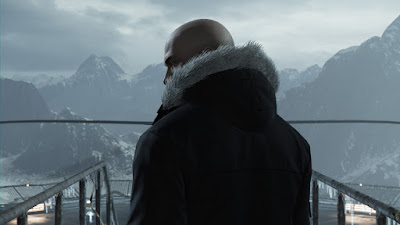 This is a return to form for the series. This brand new Hitman is essentially the old Hitman with lots of improvements and refinements to the gameplay. Every mission was really fun and engaging. It's amazing how many different ways you can take out targets and the amount of disguises and tools at your disposal are mindboggling. Each map has so many optional pathways and entrances to check out that you probably won't see everything your first time through unless you invest a lot of time into exploring every nook and cranny. I found myself really taking the time to study the maps and keep an eye out for those set objectives called Opportunities. They give you a good challenge and give players a goal to follow which is nice. While the AI for NPCs are pretty good, it's all still very gamey where you can mess with the AI quite easily. It's a bit old school in that way and can make some really fun goofy things happen as a result. I liked that random NPCs would be suspicious depending on what disguises you wear or where you're trespassing. The way it works adds so much tension to the missions which was a delight. 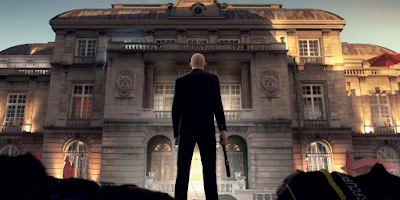 I also love the look of this game. It's a very nice looking game with some fantastic art direction. The decor and interior design for the buildings like the mansion in Paris and the hospital in Hokkaido are simply gorgeous. I was gawking at how pretty everything was. Also, lots of shops in Marrakesh are just full of random chachkies and other little details that make exploring a lot of fun. The devs put a lot of love and care into the set dressing for the maps and should be commended. Every map is a work of art and feels and looks like a real place you can go to. 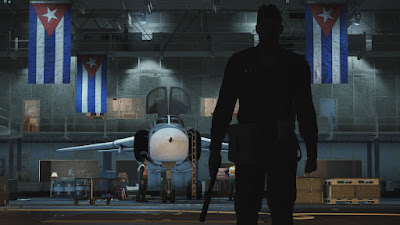 The layout and building architectures were also really great. There aren't any random dead end rooms or stairs that lead to no where. Everything makes sense and is logical. Too many games put little effort into designing real buildings and Hitman is an exception. I was really impressed with the amount of work put into the layout of the maps too. I also need to point out that some maps have an insane amount of NPCs. The crowds look very impressive and add a lot to making the world feel alive. Paris and Marrakesh in particular are quite the showpiece in terms of just scale. But I think maps like Sapienza and Hokkaido did a splendid job in placing NPCs in certain locations that make sense with who they are and what they do. If you need a disguise from a certain NPC, you will know where to look once you scouted the area. Good stuff. 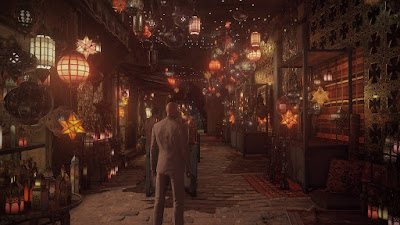 The ambient audio is also very nice. Everything from the music playing in the Paris fashion show to the random work noise in Colorado was also well done. But it wasn't all good. My major gripe with the presentation was the VO from random NPCs. They're just awful. While the VO from the main characters like Burnwood and the villain sound amazing, the random NPCs all sound like shitty American douchebags with some British exceptions. Every location has the exact same VAs which I found annoying. While I had no issues with some places like Paris and Sapienza where it's not unusual for mercs from other countries to be there, it was stupid annoying to hear these voices in maps like Marrakesh. Even the local people there all had the same English VO. It killed my immersion constantly and I'm wondering why they didn't give them accents or hire people who can speak the native language there to do the ambient chatter. I also found that I recognized the same half dozen or so voices from these NPCs and sometimes they pasted these voices onto some NPCs that don't even match them like there was an old guy and he sounded like the same douchey millenial guy in another map. I can understand putting some hammy performances into the game to keep it light but it totally destroys the work they did making the rest of the world so believable. I hope Season 2 addresses these issues with better VO at least. Most of them sound like the devs doing the VO themselves. I want each location to feel distinct and the bad English VO didn't help. 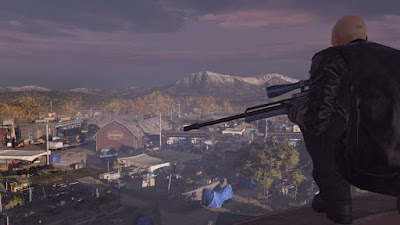 Overall, I really enjoyed the game a lot. I liked the story and where it's going. I plan on replaying the missions for the objectives and I want to try out the other modes, limited time special events and Elusive Targets. It's a game with a lot of legs. This is a really fun game that really rewards methodical players with patience. I can't wait to see what other maps they come up with in Season 2. Definitely worth playing. Welcome back, 47.
Posted by LiK at 10:03:00 AM