Before you even read this, if you loved the original Steins;Gate, then stop right now and get this game! Don't even ask, just get it. This is a MUST play for fans since it's a direct sequel and continues the story of the original. YOU MUST PLAY IT.ヽ(`Д´)ﾉ

*ahem* If you want my opinions about it, then let's continue... 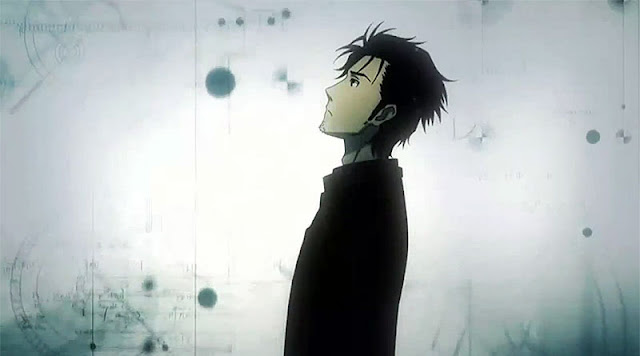 The overall story and plot was fantastic! I was skeptical how they tied this game's story to what happened in the original to create a brand new adventure.  Not only did they do a good job expanding upon what we already know but they managed to tie up or clarify a lot of dangling plot threads of the original with some new mysteries. Fans will eat this up (like me!). The pacing is also much improved. The original had a super slow burn but the sequel flows at a much better pace. The conversations were really great and natural. I was never bored and I found the humor to be much better. The interactions between the characters were the true highlights and my favorite part of the game. I found myself enjoying the daily slice of life parts more than the sci-fi elements. Some of the banter and arguments made me laugh out loud pretty often. If the devs ever decide to do a spin-off that focused purely about these characters' everyday life over some crazy sci-fi adventure, I would gladly welcome it. I simply adored these characters.

One thing I really enjoyed more over the original is that the game actually jumps around to other characters during the game. Not only does this allow us to see their point of views but it also fleshes out the supporting cast tremendously. I really really enjoyed seeing their side of the story and their thoughts. These scenes were really well written and also made the overall cast even more likeable than the original. 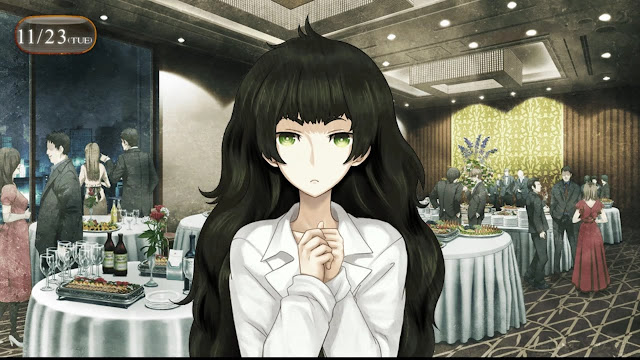 They featured a lot of new characters but the one who really stood out for me was Maho. I won't get into specifics to avoid spoilers but I friggin' loved her. She was extremely well written and super complex. They really did an amazing job developing her through the course of the game and made her quite a stand out among the rest of the cast. She's a very flawed character and that made her quite relatable to me in more ways than one. They also did a great job connecting her into the overall story and she fit in with the rest of the original cast just fine. She is definitely my favorite character in this game and probably the series in general. 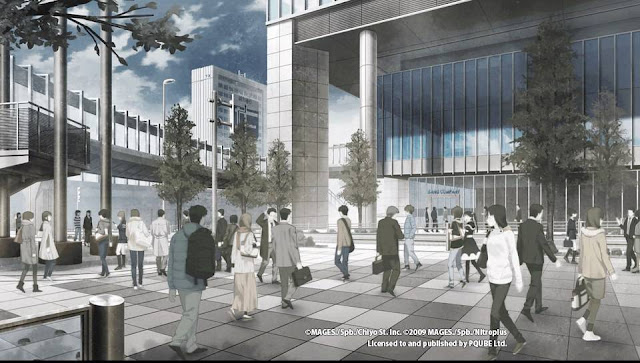 I had mixed feels with the art in the game. The overall character art is much cleaner than the originals and the coloring was also much more detailed for the clothing and hair. I liked most of the redesigns for the existing characters' faces but some of them looked off or actually looked worse. They completely redrew most of the characters for the new game and I think they match the anime style much more than the original designs.

I loved Mayuri's new design the most. She actually had a much sweeter face. She looked especially cute with some expressions. Her original design did sorta freak me out because of how janky her face looked in some parts. I also loved Moeka's redesign. She's also much cuter and sexier in this game compared to the original. One redesign I hated was for Suzuha. Her face just looked off compared to the original. You might be wondering why I feel the need to complain about it. Well, the game actually reused art quite often from the original game for some odd reason. Even though the redesigns have been made, they actually reused character art from the first game in many scenes and it was really jarring. I had no idea why they did this at all. At first I was thinking they did it for flashbacks to give us the feels of the original but they did the same thing for the present  time which made no sense. There were several scenes where the old and new character art were standing right next to each other. Some CG scenes looked amazing while a handful looked pretty rushed. The art was pretty inconsistent throughout the game which was a shame. Some people might not be bothered by this but I was. 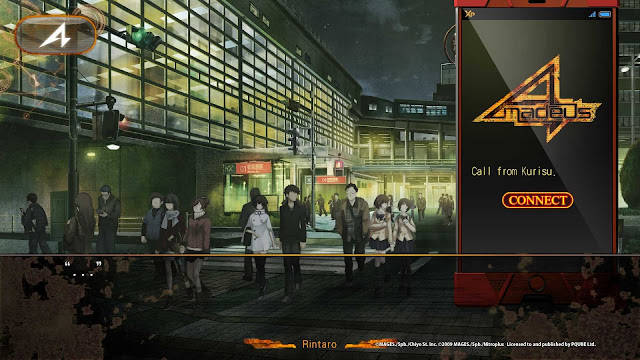 The VO in this game was excellent just like with the original. Every voice is distinctive and recognizable and the amount of varying emotions were pretty epic. If you were only playing this with the text, then you're missing out. It's not just just the way they say their lines but even minor sighs, sounds of disgust/surprise/horror etc added so much humor and emotion to a ton of scenes in the game. If it weren't for the voices, then a lot of the scenes wouldn't have been as great as they were. Sometimes the most emotional and funniest scenes were all from the voices alone. The timing is impeccable. The text and music that accompanied it was just a cherry on top. So even if you don't understand Japanese, you can still hear all the tones and sounds from their performances that made it so great. I would just let the audio play out cuz they were that good. So good!

Speaking of the audio, I urge everyone to use headphones or speakers when playing this on the Vita. The Vita speakers are crap and I found both the audio and music sounded pretty bad there. All the voices and music sound so good with a good pair of cans or speakers. Make sure to do this in general for all your Vita games when possible. If you found the audio to be subpar, it's not the game it's the Vita speakers. 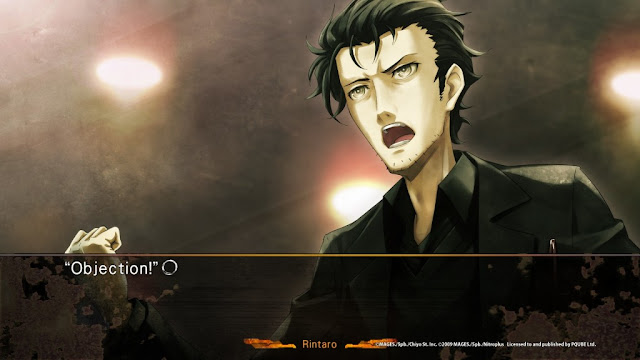 The localization was great overall. I had no issues with the terms and phrases they used and I was pretty impressed with several CG scenes and RINE messages where they had to translate them all into English.  I wasn't sure if the changes in spelling with the names of real world people were intended with the original Japanese audio/text though but that didn't bother me too much. I did find there were some odd things like using the wrong words (ex: "fear" instead of "hear" or "chance" instead of "change") which messed up some dialogue. I also saw a few errors in general too like ("/" showing up at the end of some sentences or words like "N?ckel"). They didn't pop up too much but it was pretty jarring for me when they did since I'm the type of guy who pays attention to these things. It's not a huge deal and I think most people will overlook them.

Overall, this is a must play. Just make sure you played the original first or at least watch the anime because this is a follow-up and you'll probably won't understand what's going on if you skipped the original. I was worried when I heard they were doing a follow-up but it turned out to be another masterpiece and a worthy sequel to one of the greatest sci-fi stories ever told. 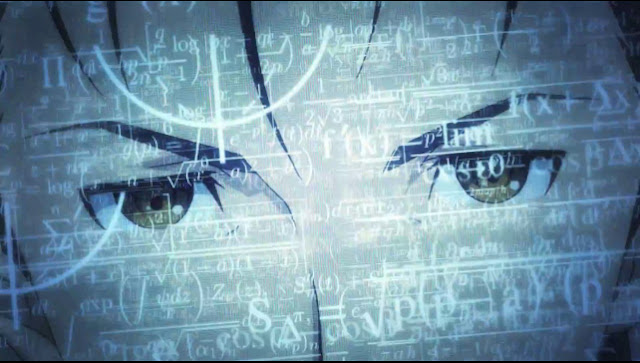